If you missed it, Forbes recently published an article, The Dirty Secrets of ‘Clean’ Electric Vehicles, that exposes the truth behind the claimed reduction in carbon emissions by electric vehicles (spoiler alert — it isn’t nearly as much as EV proponents would have you believe) and the risks associated with the manufacture of lithium-ion batteries.

When taking cost and lifetime emissions into account — from manufacture to the emissions produced by recharging the batteries — electricity has its drawbacks.

It’s especially true in the school bus and medium-duty vehicle markets, where propane autogas leads in total cost-of-ownership and in greatest amount of emissions reduced per dollars invested.

In a real-world study conducted by West Virginia University, propane autogas school buses reduced smog-producing emissions by 96 percent compared with clean diesel buses for a cost of less than $100,000 per bus. That’s more than three times less than the purchase price of an electric school bus, which can result in millions of dollars in savings for schools to put back into the classroom.

Propane autogas buses also provide a more comfortable ride for children because of the fuel’s ability to supply an unlimited amount of heat and AC. In comparison, generating heat and AC drains an electric battery, which substantially reduces the range those buses can drive.

Finally, if our goal is to reach a low-carbon, zero-emissions future as fast as possible, propane’s current carbon index is lower than electric vehicles, and renewable propane, which is already being produced, will bring that number even lower in the near future.

These are the great stories that exist behind propane autogas buses — you’ll find no dirty secrets here.

Learn more about a new route forward for schools with propane autogas buses. 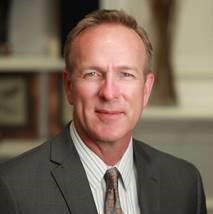